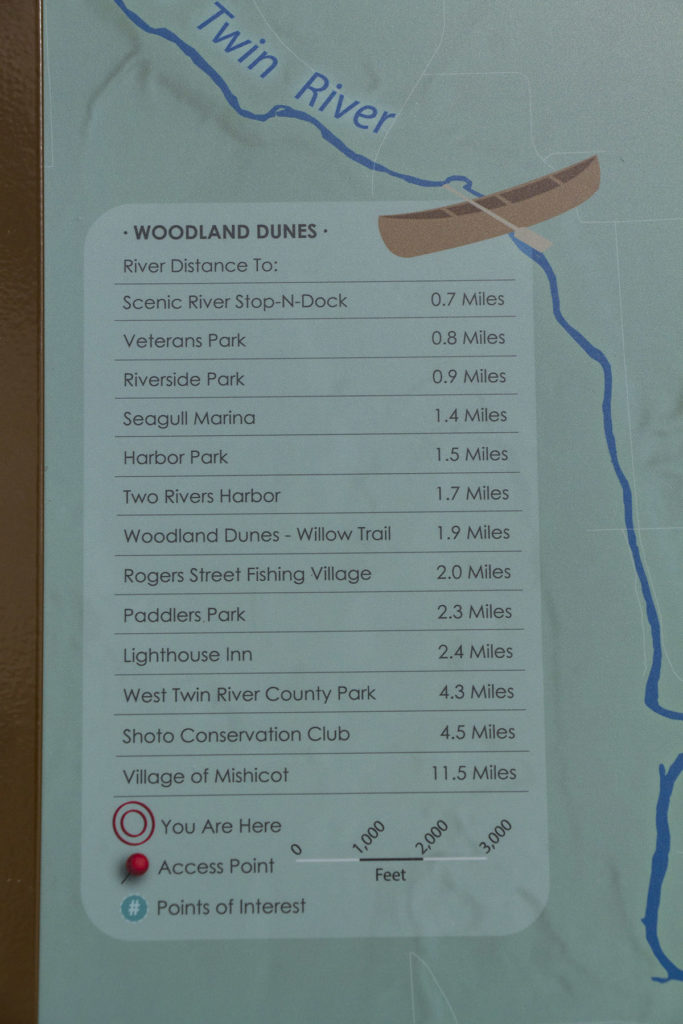 Both rivers are scenic and accessible with minimal development.

Woodland Dunes has a kayak launch at the end of its Cattail Trail and two kayak carts that can be wheeled on our boardwalk. Our launch also has a rack for temporary boat storage. When on the West Twin, look for our Observation Tower as a landmark if wanting to utilize our dock for exiting the Water Trail. 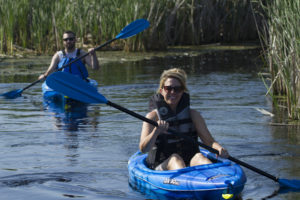 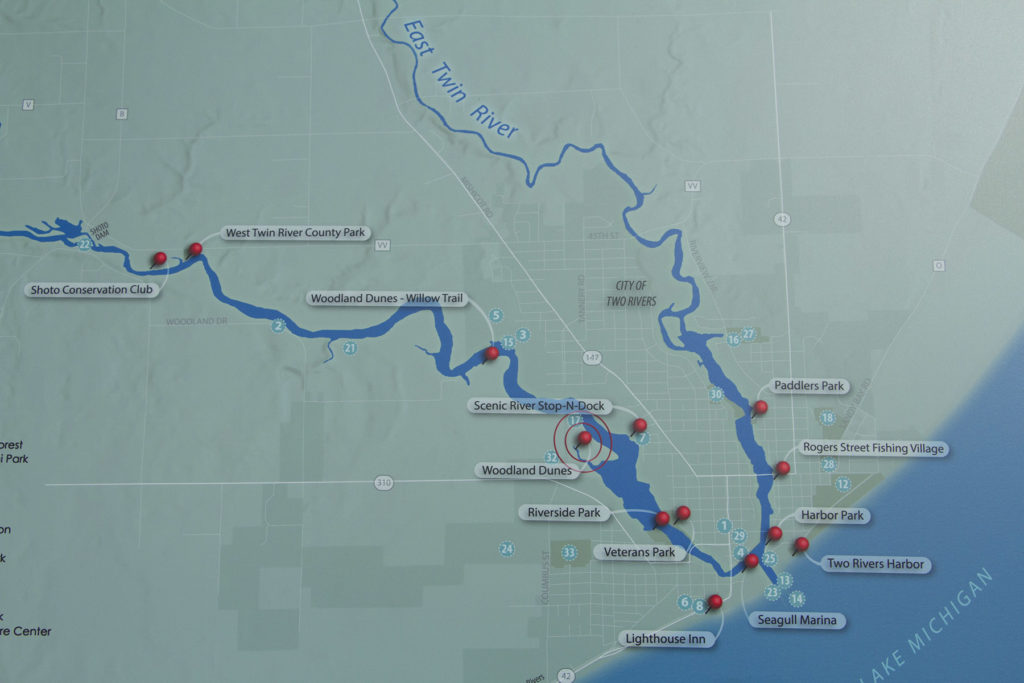