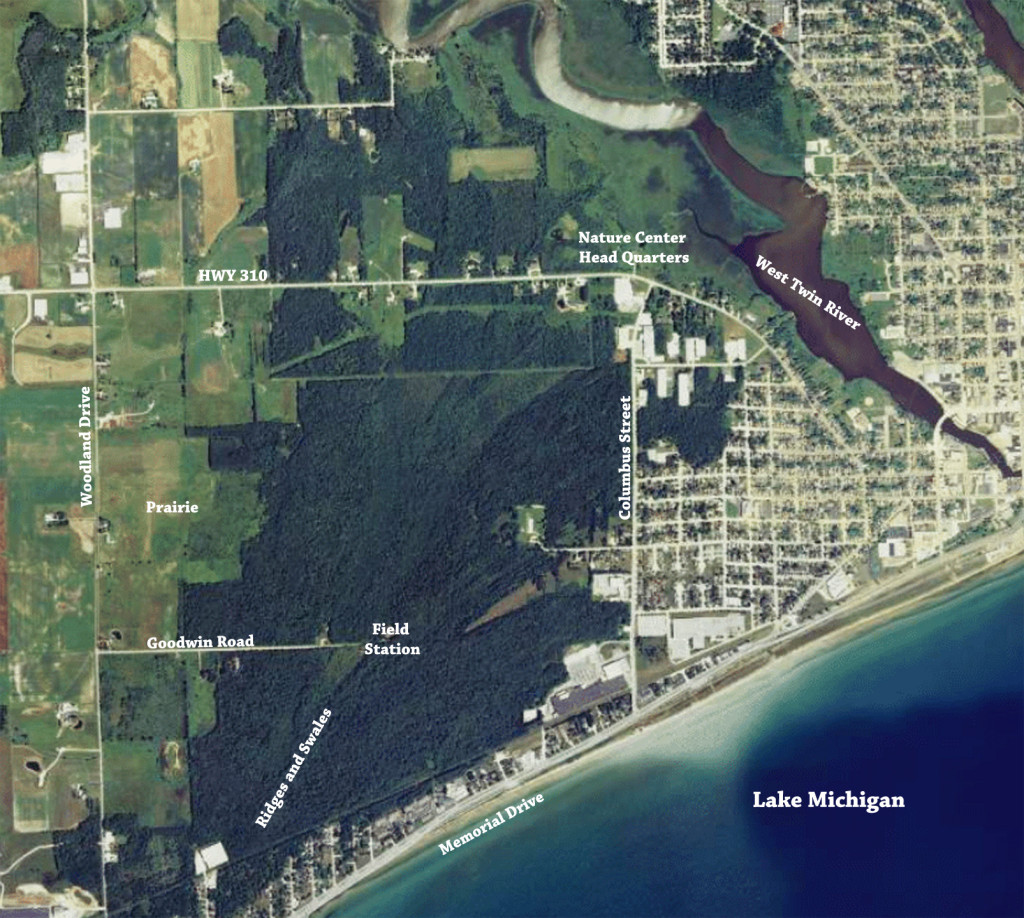 Woodland Dunes Nature Center and Preserve is an oasis of wildlife habitat, with portions considered globally significant by the Department of Natural Resources. The preserve, much of it formed on ancient beach dunes and wet swales, provides a haven for wildlife and people.

Woodland Dunes owns and manages property totaling nearly 1,500 acres – the Woodland Dunes Preserve between Manitowoc and Two Rivers, and the Bugler Preserve just north of Two Rivers (through a bequest from the estate of Donna Bugler). Donna cared very much about her farm, and wished that a conservation organization own and manage it for the benefit of wildlife and restrict public access.  The Bugler Preserve includes grasslands which are home to uncommon birds, wetlands, agricultural land, and a mixed northern hardwood forest. The prairie areas, 80 acres, are now being managed for pollinators.

Portions of the preserve are: