Our personal ecologies include species that are deemed good or bad, depending on how they interact with us.  Personally and professionally for me, domesticated cats meet criteria for both. 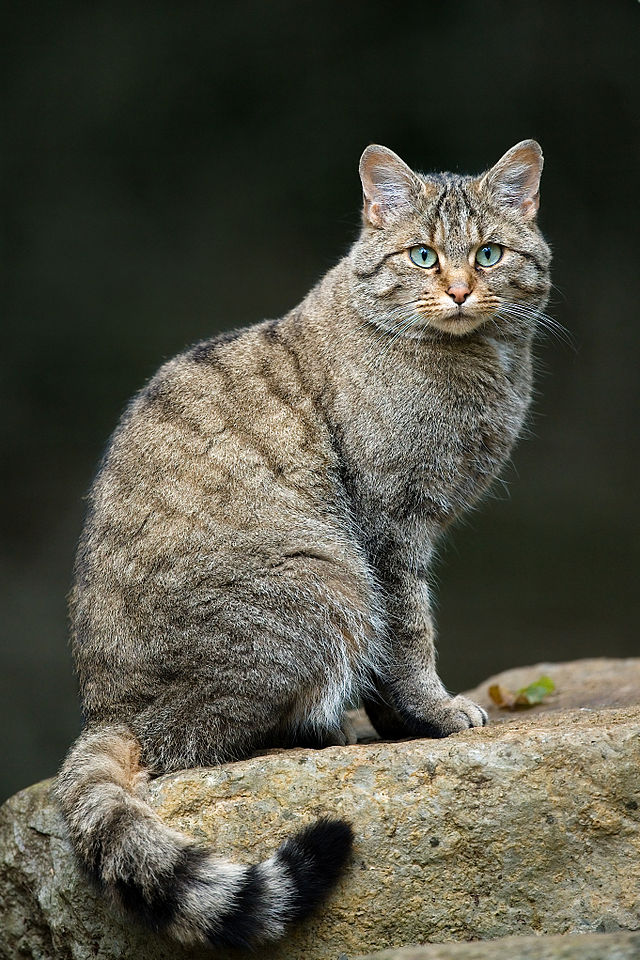 The old farmstead where I live, with bird feeders, old outbuildings, and lots of natural cover attracts free-roaming cats that come and go frequently.  We generally let them be, but a litter of kittens in the barn or an especially friendly housecat usually provokes us to try to find them a better home.  For two gray tabbies, that meant moving into our house.  For several others, recently including a little black female named Flick, dear friends have provided homes.  As have humane societies- bless them for what they do.  But still the cats keep coming, and most have had such a hard life that they are unapproachable by us.

Humans and cats have undergone a mutual domestication for thousands of years.  It appears that the two found each other as cohabitants about 9500 years ago when Near Eastern wildcats discovered that humans had begun farming in the Middle East.  I’d guess that humans attracted rodents and provided shelter while the cats provided rodent control, and the arrangement worked out pretty well.  The two became used to each other, and cats, being genetically very flexible, learned ways to assure humans would like them.  “Cute and Cuddly, Boys” as the Penquins of Madagasgar say in the cartoon.  Their ability to adapt served them well, and we encourage cats to prosper and transported them to new habitats across the globe, just as we have done with other animals and plants that benefit us.  And, at least at our house, our indoor cats are great companions and do seem to reduce the population of mice that also want to cohabit with us.

At the same time, it’s amazing to see what effective predators cats can be outdoors.  As they have been domesticated more recently than dogs, they seem to have retained more of their skills when it comes to catching and killing small animals.  They are amazingly athletic; I watched one female rush to the base of our bird feeder and quickly jump into the air and catch a songbird with one paw.  That cat, called Olive by my daughter, had a litter in the barn and carried a stream of small animals there to feed her kittens- birds, mice, chipmunks, an amazing variety of species.  I won’t forget her prowess as a predator.

Cats that roam outdoors, because we brought them here and help them keep their population high, are estimated to be the single largest threat to birds of all the things that people do.  While there have always been cats in the wild, like bobcats, and other predators like foxes, those predators tend to move to different areas when prey becomes depleted.  Because we feed cats, they tend to stay in one place and continue to prey on the same local population of animals.  Couple that with invasive shrubs which are easier for cats to climb and you have greater nest predation in addition to the impact on adult animals.

Dr. Stan Temple of the University of Wisconsin in Madison carried out some of the first and best research on the impact of free-roaming cats on wildlife.  He demonstrated that outdoor cats continually prey on small animals even though they are well fed.  In doing this, he has undeservedly been subjected to the hatred of passionate cat-lovers.  But further research comes to the same conclusion, and a recent study a year ago estimated that more than 3 billion birds and more than 20 billion other animals are killed by cats.  This doesn’t mean cats are evil, but their behavior needs management if other animals are to survive.

Cats are amazing animals, part of the millions of species that inhabit the Earth.  If you like both cats and birds, as I do, they should be indoors. They will be healthier (feral cats have short lives, and domestic cats that roam outdoors are more likely to pick up diseases, parasites, or be hit by cars).   They should be spayed or neutered to manage their population.

And please, don’t just release unwanted cats into the wild- they will not have a good life.  Support humane societies, for their work protects not only domestic pets but wildlife as well.   Doing these things will help our birds as much as anything else we can do.