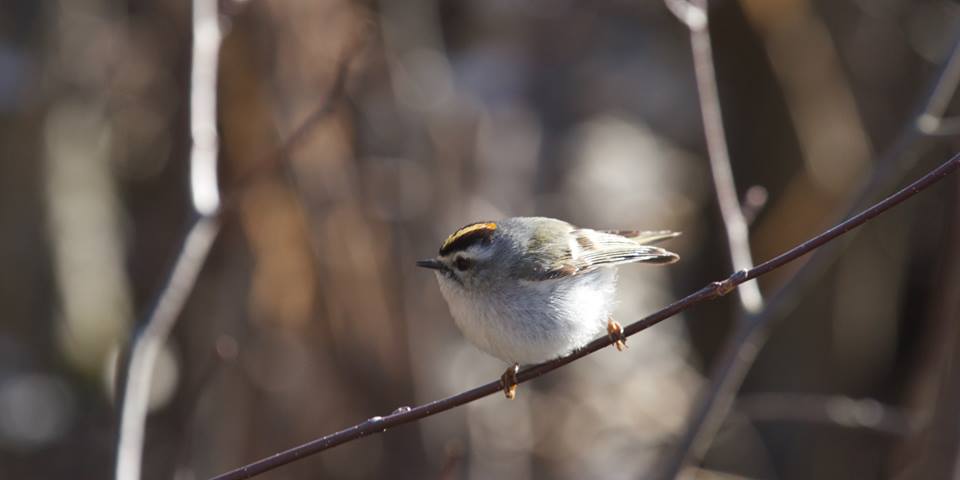 It seems to have been a wild fall so far and difficult to predict.  At the nature center, because so much of what we do depends on conditions outside, we’re very aware of what’s going on outside our door. The living things in our preserve, however, are remarkably consistent.

The wet year we’ve had has caused our staff to reschedule more visiting groups than I can remember.  Many classes of school children were either rescheduled or ultimately cancelled for weather-related reasons, despite our best efforts. Some of our trails that are normally dry were closed due to standing water and many trees came down from a lack of support due to soggy soil conditions. Our projects at the Manitowoc harbor and the Spirit of the Rivers have been impacted by both high lake levels and tremendous surf.

Wildlife has to contend with all of this as well. Probably due to the wetness, there seemed to be a bumper crop of leopard frogs this year. They were on the trails and our lawn by the thousands.  They’re now gone to their winter shelter in ponds.  There were also an abundance of dragonflies and their relatives, and in later fall, there were many monarchs and painted lady butterflies, perhaps because our plants grew so well. Last week there were still a few painted ladies and autumn meadowhawks (small red dragonflies) to be found soaking up the warmth on the sunny days. There are still a few Isabella moth caterpillars (wooly bears) ambling around as well.

Migrating birds seem to be as consistent as ever in their timing- the early flood of warblers, orioles, vireos, and others who spend winter in the tropics has mostly come and gone, although a few warblers and even a hummingbird are still being seen in Wisconsin. They were followed by birds which don’t winter quite as far south, like the white-crowned sparrows and kinglets and thrushes. Now, the later migrants are arriving right on schedule: white-throated sparrows and juncos, blue jays, blackbirds,  and saw-whet owls,  and we’ll soon see tree sparrows and the winter ducks.  There also lots of robins still moving through, looking for berries as they wander. Some of those will probably decide to stay in sheltered areas throughout the winter. Their cousins the catbirds, still here last week, seem to have left us as well.

Our natural world is a canvas, with constantly changing images for most of the year. Those images right now are of colorful trees, frosty mornings, and traveling wildlife. I hope you have a chance to take a moment and appreciate the beauty around us here on the shore of a Great Lake.