Twenty years ago, about 1,600 people participated in the first Breeding Bird Atlas done in Wisconsin.  Wisconsin has long been a leader in the fields of ornithology and citizen science,  and at that time, few states had complete breeding bird atlases, which document which bird species are nesting in blocks of land across the entire state.  Such a project involves much more than birdwatching- the purpose is to document specific indicators of breeding, either verifying the production of young directly or behaviors that are only found during active reproduction.  Many, many hours went into that project over the five years it took to collect data, and another five to analyze and publish the findings.  It required a remarkable effort. 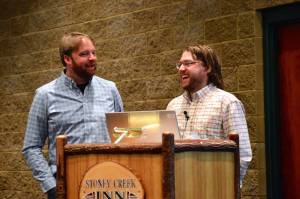 Now, the time is right to begin the second Breeding Bird Atlas.  The effort is again being led by the Wisconsin Society for Ornithology, which has assembled an extensive team to facilitate the five-year project.  An excellent science team manages the front and back ends of the project- design of the study and methods, and analysis of the data collected.  In the middle is the collection of data, and again, Wisconsin is fortunate to have many qualified people willing to volunteer to do so under strict protocols.

So what is involved in a Breeding Bird Atlas?  First, the entire State is divided into 3 mile square blocks.  One of every six blocks is designated a priority block.  Others, usually those that include special habitat types, are designated specialty blocks.  Those two types of blocks have the highest priority for survey.  Volunteers choose or are assigned blocks to survey.  They visit the blocks, obtain permission to enter them if privately owned, then patiently seek out birds and note their behaviors.  The nesting periods for Wisconsin birds are known, and if a bird species is seen outside it’s nesting time it is simply recorded as having been observed within the block.  The same is true for birds flying over, like gulls which often fly great distances in a day.  Other birds, especially males, might be singing in an area with suitable habitat at the right time, and be designated as possible breeders.  Or a male and female of a species might be seen, but not showing any particular nesting behavior.

Birds that are probably nesting include those where a number of members of the species are present within the block at nesting time, or those carrying food from one place to another (birds usually consume food right away unless bringing it to a nest).  Or birds displaying distinct reproductive behaviors (enough said about that).

Birds that are confirmed to be breeding include those which are seen to have nests with eggs or young, are feeding young which have just left the nest and can’t fend for themselves, are observed trying to drive others (including the observers) away from a nest, or do a display to distract others away as do killdeer with their broken-wing performances.

Over the five year field period, hundreds of thousands of observations will be documented at the least for more than 250 species.  Analysis will compare those observations, and the distribution of breeding birds, to those found in the first atlas project in the mid-1990’s.  We expect there will be differences- New York has completed its second atlas, and there were some remarkable contrasts, especially involving southern species which are moving north.  These observations will be important as we try to understand how changing land use and climate are influencing wildlife.

A breeding bird atlas is comprehensive, and documents the distribution of all birds, both game and non-game species.  More than ever, reliable, unbiased, science-based research like the Atlas II project are needed so that we have the information we need to make intelligent decisions about our natural resources.