The migratory flood gates are now open, and almost every day brings new bird sightings for the year.  No matter your interest, 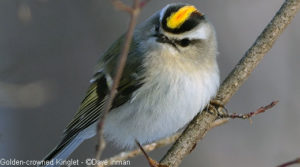 there is a bird out there to match.  This week hawks are migrating along with turkey vultures.  On the waters there are more and more species of ducks and overhead tree swallows are returning.  In the forests, red-shouldered hawks have returned to their nesting places, and a variety of sparrows and thrushes are working their way among the shrubs.  On grasslands, meadowlarks, at least the ones that remain around here, are singing enthusiastically.

Birds seem to have different personalities.  Sandhill cranes appear to strut in a stately manner over fields,  mallards and geese graze peacefully on grassy fields and ponds, eagles peer seriously, looking over the landscape, and tree sparrows joust with each other before beginning their long migration north to the arctic.

One gets a more intimate experience if lucky enough to hold a bird in the hand, as we do when we are banding them to track their migration.  There are such differences in personalities between species of birds- tree sparrows and juncos are pretty mellow and easy to handle.  Song sparrows are feisty, and cardinals know how to use their large bills effectively, not hesitating to bite the hand that bands them.  The most ferocious are chickadees, which bite harder and more often than any other.  Perhaps being small, they have to try harder to survive.  But another small bird we find here has a much different personality, and if I were to nominate a species as being the sweetest I would seriously consider the golden-crowned kinglet for that honor.

There are two species of kinglets found here during migration: golden-crowned (Regulus strapata) and ruby-crowned (Regulus calendula).  Both are tiny, smaller than chickadees and just a little larger than hummingbirds. Golden-crowned seem to be more hardy, often flocking with chickadees during the colder months, and sometimes being seen here in winter. Ruby-crowneds migrate farther south, and return later in spring.  They are sometimes abundant in May, when warblers are also migrating through.

Right now, golden-crowned kinglets are migrating through, alongside the other early migrant species. They are insect-eaters, and can be found tirelessly flitting among the branches of shrubs and small trees, looking for tiny insects of the early spring, along with spiders and other tiny invertebrates. One can often tell their identity just from their ceaseless movements in the trees. When caught for banding, though, they are active but mostly cooperative in the hand, and it’s then that one can appreciate the colors of these tiny animals. Overall, they are a drab olive-green little bird with a thing line on their wing. On their heads, however, they sport a brilliant yellow-orange mohawk that they can expand or compress depending on their mood. They can quickly go from bland to striking in their appearance.

Often the first indication of their presence is a very simple whistled “dee-dee,” that they call as they forage. It is similar to the single call note of a brown creeper and the ruby-crowned kinglet, although the latter often launches into an elaborate and loud song consisting of a jumble of many notes which is hard to describe. Eventually, both kinglets will continue their migration northward to nest high in the conifers of northern North America. For now though, we are lucky to have them share our yards, and each morning I look forward to hearing the golden-crowned kinglet’s simple song and busy nature as an early gift of spring.

photo- golden-crowned kinglet from US Fish and Wildlife Service