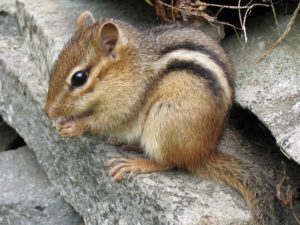 As I near old-timer status, I’m still constantly reminded how much there is to learn about the natural world.  About the time one thinks he understands what’s going on outdoors, he is quickly reminded that is not the case.  Each season is different, and each animal or plant, even within a species, is different as well.
Despite many early long range forecasts for a cold and snowy winter, so far that has not been the case this year.  We are now nearing the completion of 2/3 of biological winter (December through February), and with the exception of a week it has been mild and damp. Most of this winter has been like an extended January thaw, looking more like an endless March. Of course that can still change, and probably will before winter is truly past.
How are wildlife affected?  For an insight, read Aldo Leopold’s essay “January Thaw” in A Sand County Almanac, about the exploits of a skunk who wakes up and roams during a mild spell of weather.  Certainly, a lot of species are affected in both good and bad ways. Without snow cover, birds have access to all sorts of weed seeds in the world, and don’t rely on feeders as much unless enticed in with especially good seed.  Meadow voles, lacking snow cover, may have a harder time avoiding predators.  Squirrels can more easily find nuts stored away last fall. And emerald ash borers will probably survive in greater numbers without real cold. With so much open water, Canada geese, ducks, and bald eagles remain in our area and won’t leave until they have to. Every season has winners and losers based on weather and available food, and this year will be no exception.
So far, this may be the warmest January on record. Many of us will enjoy that, but it will certainly affect wildlife in profound ways. For the first time in my memory, last weekend I saw an Eastern chipmunk (Tamias striatus) actively working on his burrow in my yard in mid-January. Chipmunks, whose name was probably an adaptation of the native Odawa word jidmoonh, are not truly hibernators. They do sleep most of the winter in underground burrows, but wake up every couple of weeks to feed on grain that they stored in fall and use their restroom, returning to sleep after a short time. They do feed a lot and put on fat before winter, but not enough to sustain themselves. They put a lot of energy into gathering and storing seed on which they will dine during the winter months. A lot of it, for the chipmunks in my yard, comes from my bird feeders, or rather what birds scatter beneath my bird feeders.
To see one actively digging and feeding beneath the feeders in January makes me wonder if they have been more active in general this winter and are using up their stored food at a faster rate than usual.  Or, I wonder, if last fall when I repaired the old stone foundation of my house I evicted one from the crack that was intended to be his winter home. One watched me place mortar with what appeared to be a very sober look and I imagined his disappointment at the seeds he had already stored, which I was sealing beyond his reach. Perhaps he is making up for that exclusion now. Either way, I am supplying a lot of the seed he is storing so I don’t feel too guilty.
Usually, I see the first chipmunks emerging in spring when the temperature is about 50 degrees F, especially on a sunny day.  If it gets cold again, they retreat below ground until conditions are more suitable. By April they are busily at work gathering from feeders and fields, and eventually raiding the garden just when fruits start to ripen. I don’t begrudge them their small part of the harvest- they have hard lives even if they poach from me. In the wild, a chipmunk is lucky to survive three years.
Other rodents, like woodchucks and 13-lined ground squirrels are not so easily influenced by such warm spells, remaining sound asleep all winter until March, when they emerge from their dens looking gaunt and deflated. They are forced to look for whatever is green and growing, which can be sparse that early in the season.  They must be good at it, though, judging by the number of burrows around our nature center.
So, I wish them a good second half to the winter.  I’ll be curious about seeing them in February and March this year.  I have no idea what the weather will be, and perhaps I don’t want to know!
Photo, eastern chipmunk by Gilles Gonthier