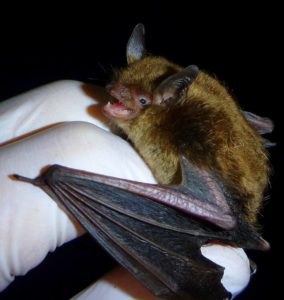 If you happen to have time during the short daylight hours, the recent warm spell has been conducive to spending time outdoors. While we can’t ski or snowshoe, we can bundle up and go for a walk or hike and reap the benefits of that. Personally, it’s been good weather for winter invasive shrub trimming, firewood harvesting, and wood splitting – activities which help connect me with the real world. Watching birds does that too, although the birds have had it easy so far, and don’t need our help, or food, as much as they do many years. No snow and lots of weed seeds about makes for good living, for the time being.

When there’s snow, tracks reveal the activities of birds and other animals, bringing us to realize that nature does not just exist when we are there to watch. In terms of being able to observe nature, sometimes we are our own worst enemy. Wild animals are acutely aware of what’s happening in their world. They know where the resources like food and water are located, and where other animals are, friendly or not. And us- I’m sure that we are the most obvious things on the block, so to speak, even if we aren’t advertising our presence by talking or intentionally announcing ourselves. People are not very stealthy, and that affects our ability to perceive the natural world.

Of course, people are successful because they are creative, and come up with technology. Two forms of which have yielded interesting insights into the goings-on in our nature preserve lately. The first is not too high-tech- trail cams are commonly used. In our case we have one which is poised to record wildlife at a particularly good location, a small pond in the woods. Recently, we “harvested” data from the last couple of months, more than 800 photographs of animals. Most were the usual suspects- lots of deer, some raccoons, a mink, a weasel- interesting animals you would expect to find here. One, however was different. First because it was a bird on the ground, second because it was a raptor, and third because it was a Red-shouldered hawk, a threatened species which we’ve found nesting not far from the camera site. This one was photographed on December 9, typically a late date for this species, although they have been known to over-winter. The hawks we know from the nest site have been banded, and this one was not, so it is perhaps and un-banded former nestling, or a different hawk passing through. It was on the ground, catching a frog or other small animal at the pond’s edge.

Just as much fun is Motus, our remote sensing system for animals fitted with transmitters. Fortunately our friends in Canada continue to catch and tag birds for research, and fit them with tiny emitters which we and other stations can detect. Each time we retrieve data its an exciting event- this fall was no exception. One Swainson’s thrush traveled from British Columbia to here on its was to the tropics last fall, probably stopping to find some berries or insects in our preserve. A Short-tailed dowitcher, a large sandpiper, traveled here from Churchill, Manitoba on Hudson’s Bay. A Red knot, another sandpiper which happens to be a world-champion migrator, was tagged in Quebec and traveled to a number of locations before stopping near Woodland Dunes. All of these birds travel different migratory routes, but all include our area in their movements. We may not think of ourselves as being an important place for wildlife, but during the stresses of migration we are a critical place for them to stop to rest and feed. Without places like ours, their kind will fade away as so many animals already have.

The fourth detected by Motus was the most interesting- a Little Brown Bat. These bats, once a major part of the ecosystem. have been hard hit by a fungus disease introduced by people to North America, and perhaps 90% have died. Once common, they are now listed as endangered internationally. This hardy soul was captured and tagged in Montana, but in a month’s time had flown from there to here, to be detected at our station. They are listed as short-to-long distance migrators, but I had no idea one would travel so far from west to east.

The trail cams are back out in the preserve to document more of winter life, and a second Motus receiver will be up and running next week. These invaluable tools help us realize that the happenings of nature are even more remarkable than we imagined, and how important our area is to not only our local animals, but wildlife of the world.