Each year for the past 120 years birdwatchers around North America have gone out around this time to count what birds live here in the winter. Previously there was a tradition on Christmas Day to do what was know as a “side hunt” where birds and many other animals were shot for sport. That was done at a time when people considered our wildlife to be limitless in numbers, but some who paid careful attention to birds noticed that some were declining rapidly – herons and egrets for example. They instead formed an organization named the National Audubon Society and encouraged people to count birds at Christmas rather than shoot them. As a result, people became more aware of declines in bird numbers and created protections for migratory birds.  The Christmas Bird Counts, or CBCs, have continued to this day and have amassed a huge amount of information and is now the largest citizen-science project in existence. 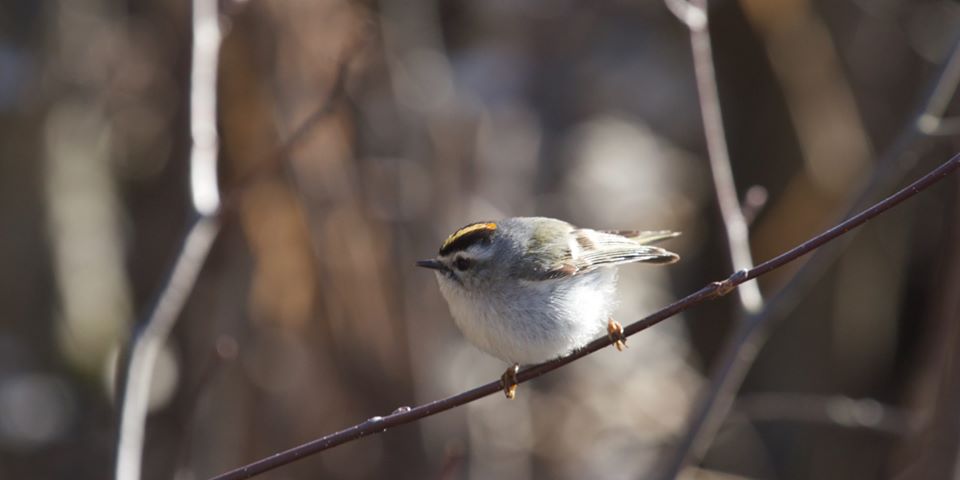 I have participated in these counts for more than 25 years and have counted in all kinds of weather – good and bad.  I remember attempting to count as a blizzard descended on the area, looking in vain for birds which were much smarter than I, already hidden in sheltered habitat.  I remember hearing a robin calling in the fog when I could hardly see a few yards around me. There have been many years with bitter cold and wind. And now, more and more, mild years like December 2019.

Typically each county has a count circle, which measures 15 miles in diameter.  Manitowoc county; however, has had four count circles that cover almost the entire county.  They are centered on Collins, Manitowoc, Two Rivers, and Menchalville.  A county coordinator sets dates for the counts, which must take place between about Dec. 15 and January 5, and lines up volunteers to go afield to find and count birds. This year was no exception, and all of the counts were completed in December.  The counts take place no matter the weather, but this year weather was generally good. Perhaps too good on some of the days.

Each counter is assigned an area within the count circle for that day – often people count together in groups – the more eyes looking, usually the more birds spotted. One needn’t begin at the crack of dawn, although some like to begin in the dark listening for owls. Then, counting is just a matter of walking or driving to areas to note what birds are there. For the Manitowoc Count, it was a warm and calm day with almost no snow.  As a result, birds were spread out over the landscape and not always easy to find. Personal highlights included a robin sitting in a crabapple tree and hundreds of ducks and geese at a stormwater pond with open water right in the City, four red-tailed hawks and an American kestrel. Others found interesting birds like golden-crowned kinglets, as well as a phoebe, winter wren, song and white-throated sparrows, with a record 11 bald eagles.  Overall, though, despite a high number of counters, the species totals were low – 45 species altogether.

The Two Rivers count encompasses Woodland Dunes so that’s where I counted. That day was again mild, in the upper 20’s, gray, and calm.  Again, the total number of species was low – 41 seen, but there were just 10 parties of counters.  Highlights were seen at the Lake – a surf scoter and a long-tailed duck, along with goldeneyes, mergansers, buffleheads, and some uncommon gulls.  One robin was found, and 120 cedar waxwings, but few finches of any kind.  A lone sandhill crane was spotted- usually they have all moved south early in December.

Our county coordinator, Bob Domagalski of St. Nazianz, does a wonderful job rounding up counters and meticulously compiling all the records. Those are then kept at the Wisconsin Society for Ornithology and also sent to the National Audubon Society.  The fact that records have now been kept for so many years, and because the methods for the count have been standardized across the country, the results that are noted are becoming more and more relevant.  So far this year, about 375 species have been recorded, and about 5 million individual birds counted.  Audubon has an interesting tool where you can see which birds of a species are increasing or declining in number. It’s pretty obvious using that tool, that many birds are declining in southern areas, and increasing in northern areas. This appears to fit well with a climate that is warming. Some birds, like the robin, don’t need to spend as much time down south as they used to, and we see them more here and farther north. That’s ok for robins, but it could be a problem for more northern birds such as the winter finches such as evening grosbeaks or crossbills that already live in the north. These species aren’t wintering here as often as they used to.

We’re all busy, so it’s good to know that the birds we count matter and that the information we collect helps people understand wildlife better. It’s always good to go for a walk in the wild, but participating in citizen-science at the same time makes the walk much more meaningful, and no more difficult.