A couple of weeks ago Dr. Kerry Trask gave a wonderful program at the Lester Library about the native people of our area.  He spoke about how indigenous people were drawn to this area by the resources it offered, especially in terms of food and transportation.  He spoke about how these places were considered sacred and that in such areas the veil between the physical and spiritual world was considered thin.  I heard another Native speaker last fall talk about how First People looked at the world in terms of what was being offered and not in terms of forcing nature to give up its gifts.  I think there is immeasurable wisdom in that approach to life. 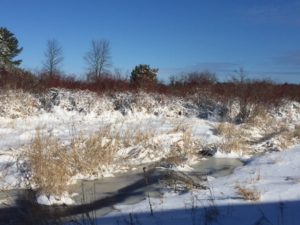 Fresh snow on the Dunes

I am blessed to both live and work in areas where life is abundant. Native people lived in both of these places in large numbers.  I think their spirits still remain.  (Coincidentally, bald eagles also nest in each place). 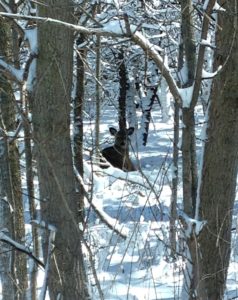 When Europeans came here, they realized how rich our lakeshore was in terms of resources.  In reading early accounts of our area, there was much appreciation for the land and wildlife of our county. The European attitude toward using our natural resources was different, but I don’t know that it was wrong for people of that era to think resources and wildlife were infinite.  They had no prior knowledge of how long it would take for ecosystems to develop or recover, for that matter, after being disrupted.  Now, we know a lot more about that.

The natural goodness of the Lakeshore is what drew and continues to draw people here. It is the foundation of what we like to do – walk on the beach or lay in the sun, swim, bike on the Mariner’s Trail, hike in the forest, boat on the rivers and lakes, fly kites, fish and hunt – having the opportunity to do any of them constitutes a good day.  Why on earth would we ever want to degrade such things?  Fortunately, many people here, including leaders,  are aware and are willing to sustain what we all need so badly.

As I write, the sun on new snow is blinding, and the wind is soft. Finches are singing everywhere and mobbing the feeders with their cousins.  Somehow it’s March already and we’re on the doorstep of spring.  On days like this it’s easy to see what we have and why we live here.  And with a little thought and effort we can make things even nicer for the entire community to enjoy.