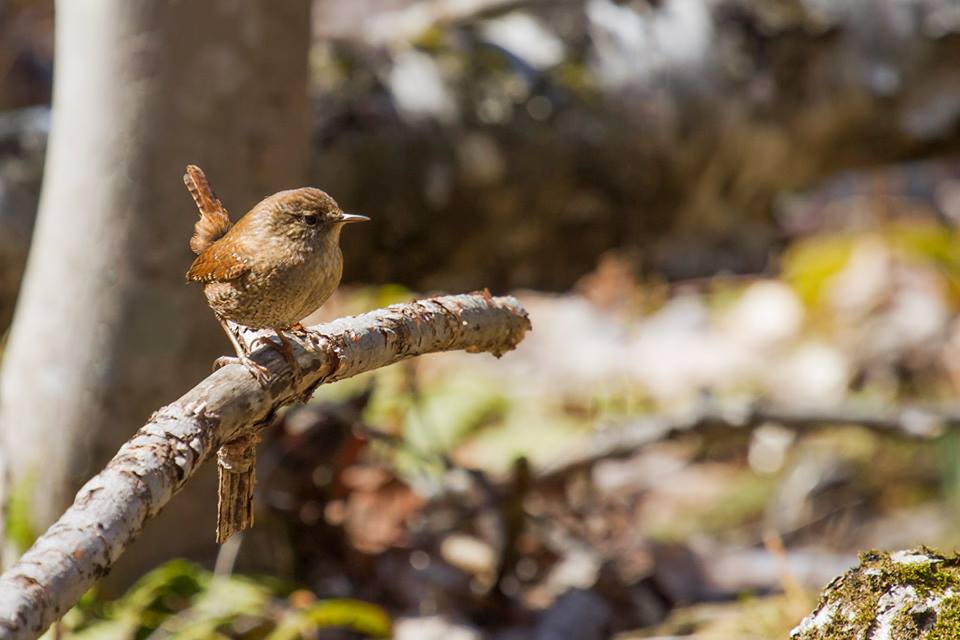 As is so often the case, spring seems to crawl along here on the Lakeshore.  Tracking the dates of seaonal events in nature is called phenology, and it’s interesting to compare from year to year.  A lot of seasonal events are weather dependent, like the return of red-winged blackbirds or the singing of the first frogs. Around here, there’s a lot of variation that corresponds to distance from Lake Michigan and how many days on which we have east winds.
So how is this year shaping up? We’ve had a lot of east-wind days, which keep us cool.  A lot of the migratory birds are probably traveling inland away from the lake shore where it’s warmer and insects are more active. Frogs started singing later than they do many years. And other temperature-dependent events are late.
The advance of spring is relentless, though – grass is greening and buds are swelling. A couple of species of butterflies are active- the red admiral and American lady, and the first migratory dragonflies are starting to show up.  Many birds take their cues from the length of day for migration, so returning species are showing up almost every day- yellow-rumped warblers, ruby and golden crowned kinglets, hermit thrushes, sapsuckers, barn and tree swallows, and many others.  Recently we participated in the annual sandhill crane count and tallied 43 species of birds in two hours.
Away from the Lake, there is evidence that things are changing. A warming climate appears to be affecting the phenology of some species. Noted Wisconsin naturalist, Aldo Leopold, kept records in the 1930’s and ’40’s regarding the phenology of a number of species of plants and animals in southern Wisconsin. His daughter continued doing so until recently. Those observations indicate a shift of several weeks forward – in other words, phenological events are happening earlier than they used to, at least those that are temperature-dependent.  Those areas are not subject to the influence of Lake Michigan, which has a profound effect on the ecology of this area.
Think of it this way- Lake Michigan slows down the seasons around here for the most part. It extends our springs, autumns and winters although it may shorten summers a bit. Having more time to savor each one is a good thing- birds hang around longer during migration, and flowers last longer than areas away from the shore.We are very fortunate to be able to experience longer ecological seasons here. So, despite there still being snow in the forecast now and then, there is an upside to our gradual change of seasons. A few nice sunny days do help, though!
photo- a winter wren at Woodland Dunes by Nancy Nabak