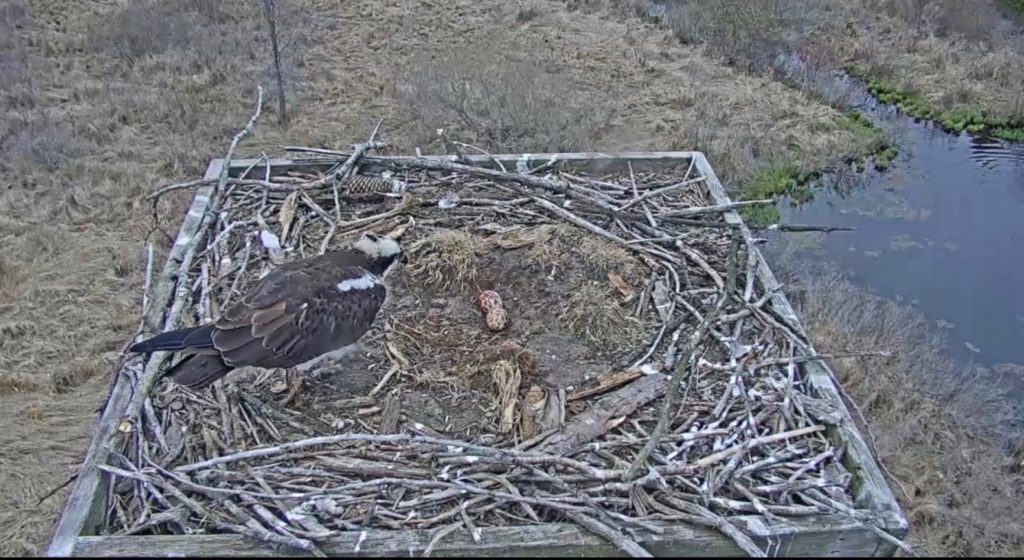 Somehow, spring is in it’s highest gear right now.  Migrant birds which spend the winter in tropics have now traveled north and are reaching us – hummingbirds, rose-breasted grosbeaks, warblers, buntings, orioles – all are showing up in our yards after favorable migration nights. Our habitats are starting to provide the insects and fruit these migrators need to sustain themselves (and enough extra so they have the energy to nest). The opportunity to reproduce is so precious that birds risk their lives to travel thousands of miles through hazardous places just to be able to nest. The birds here have passed through the most hazardous area for birds that we know of  – northern Illinois, where its altered landscape and glass clad buildings just invite birds to collide. Below the buildings are speeding cars and free-roaming cats. None of these hazards existed before Europeans came. The birds know of no choice but to do what their kind has done for thousands of generations.  We should be grateful for every bird we see.

When females arrive and find a suitable place and a mate, it doesn’t take long for nesting to begin. In some cases the males are some help, even with nesting, incubation of the eggs, and caring for young. The mothers, though, carry on the majority of their child-rearing themselves, sacrificing their safety for the next generation. If an intruder is present, they often stay with their nest until the last minute. In some cases, like the killdeer, they will try to draw away potential predators with behaviors indicating they themselves are injured as a distraction. Others slip quietly away from the nest, I’m sure hoping that it remains unnoticed. There are a lot of predators in the world who rightly must feed their own young, so a lot of nests are lost. If that happens early in the season birds will often nest again, sometimes three or four times.

In early April a pair of ospreys returned to the nest platform at Woodland Dunes, and wasted no time on the nest. The male and female arrived with in a day or two of each other and began the process of tidying up the nest and fertilization of eggs. It’s a month later now, and the female is incubating two eggs as I write. She is essentially glued to the nest, trying her best to keep the eggs warm, 50 feet off the ground in snow and rain and nasty east winds off Lake Michigan. Even though I know their feathers are water-repellent and warm, and the male takes an occasional turn at incubation so she can exercise a bit, I admire her devotion to duty when it is 39 degrees and raining. Or storming, or eventually broiling when it is full summer and the eggs have hatched but young must be fed frequently. The male helps, bringing in an occasional fish and warming the eggs some, but mostly he seems to be feeding himself and hanging around. My wife might say that sounds all too familiar.

Other mothers are experiencing similar scenarios now- small birds on nests, foxes in their damp dens, bats in old buildings- even some salamanders protect their eggs until hatched. The squirrels in my attic probably have the easiest time of all, tucked away in unseen places in a warm dry house.

In any case, it’s appropriate that we honor our mothers at this time of year for all they do and have done for us. As life seems to explode all around us in spring, it’s good to remember how important mothers of all kinds are, and how they deserve our respect and help.