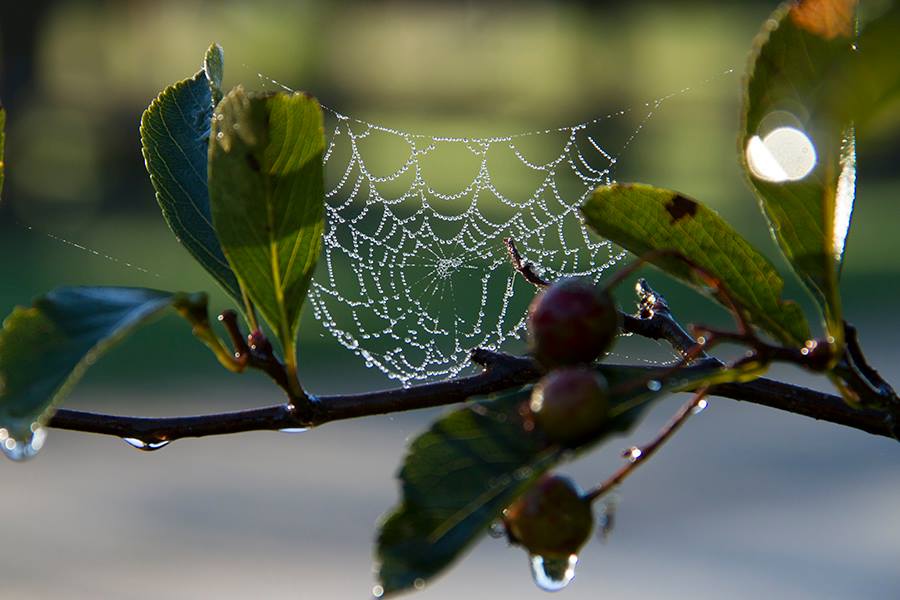 You can’t force me to kill it. I don’t even care if there’s one over my bed at night. Inside my home, outdoor spiders belong to my “catch and release” program. There’s a reason why they’re here geographically – benefitting the ecosystem in many ways, hence the reason for my “No Squashing” policy.

It’s really too bad we’ve adopted a mindset that spiders are bad or scary. In fact, we have a popular nursery rhyme that singsongs, “…along came a spider who sat down beside her and frightened Miss Muffet away.” As it turns out, Miss Muffet was real. Her name was Patience. Her stepfather, Dr. Thomas Muffet (1553-1604), was a famous entomologist who wrote the first scientific catalogue of British Insects. I guess it just goes to show you, as much as we want our children to be like us, they may flee in the other direction from our interests.

It took nearly 400 years since “Miss Muffet” for someone to spin a brilliant and glamorous light on spiders. I’m talking about the 1952 children’s classic, “Charlotte’s Web,” by E.B. White. This delightful story tells of how a pig’s life was spared from the butcher block through writings on the gossamer of Charlotte’s web. Charlotte stitches, “Some Pig” and other positive messages, but in fact, the something amazing wasn’t really the pig – it was Charlotte. The spider. In the end, she saved its life. A true hero. And then came Spiderman…

Spiders are heroes. They eat pests, help prevent the spread of disease, and their venom can be used in medicines. The study of their silk has also helped science develop such important things as parachutes and bullet proof vests.

And if you’re a bird lover like me, you’ll appreciate the following tidbits. Spiders are like an energy bar for birds, packed with protein. Smaller birds, such as hummingbirds “steal” captured insects out of webs. There’s also a great variety of bird species that use spider silk when constructing their nests due to its strength and flexibility. As the nestlings grow, the nest can stretch with them. And if that’s not enough to win you over, House wrens have figured out if they place spider egg sacs in their nest, once the baby spiders hatch, they’ll give the place a thorough cleaning by eating the parasites.

Yesterday, Woodland Dunes put on a summer camp, “Spiders and Other Crazy Crawlies.” Young children (4-7 years) went out with insect nets and caught all kinds of neat things – no Miss Muffets here! Five- year old James took one swing with his net and captured the gem of the day, a crab spider with prey still in its fangs. The “crab-like” showcase spider was all white in color with red stripes along its sides. A very cool specimen indeed! The spider was put in a bug jar for all of the kiddos to examine safely and then released.

Just imagine if there were a “Spider Camp” in Miss Muffet’s day. Or time for her to watch the magic of a magnificent web being spun. This I do know, the more we teach our children about the fascinations of nature, the more likely they are to become inspired problem solvers (think parachute design), and possibly create a new spider hero for future generations.

photo of web by Nancy Nabak