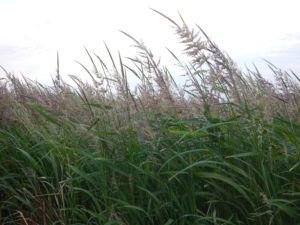 For thousands of years, people have lived here.  Native people thrived in this area because the land provided everything they needed.  Natural resources were abundant, and they knew how to use them without destroying the land.  I often wish that I could know what they know, or knew, about nature.  I know that it is a far deeper knowledge than I have.  Fortunately there are wonderful Indigenous authors out there, like Robin Wall Kimmerer, a professor from New York State who learned not only from her culture, but also from the University of Wisconsin.  She talks about a relationship with plants that I appreciate, but can only dream about.  I admire such people immensely.
Back to this area.  As I said the land provided what people needed, and for thousands of years people took everything they needed, given by the land, without degrading nature.  A number of resources made that possible in this area- abundant game is often the first thing we think of, but microbes and plants are where everything starts.  There are certainly accounts of abundant wildlife in colonists journals- deer, bear, wolves, all around Two Rivers.  Many fish, including whitefish were present in the rivers, maple trees were present in the forests along the shores, and in the rivers themselves no doubt there was wild rice.  Maples and wild rice were critical resources, as were birch trees, sometimes referred by native people as the “tree of life” because their bark especially had so many uses.  Mushrooms were edible and medicinal.  Everything had a use.
Wild rice is a grass that was once abundant in this area.  At one time there were wild rice beds continuously from Green Bay to Escanaba, for example, and it was certainly present in the estuaries of rivers adjoining our lakes.  Over the years, those extensive beds disappeared due to human activity- logging, shoreline development, waves from boat traffic, and invasive plants and animals, and soil and fertilizer causing algae growth in the water.  Wild rice prefers fairly clear, soft bottom conditions without too much disturbance.  Wild rice is very important to the Ojibwe people, who came from the east seeking manoomin or “food that grows on water”.  Wild rice was harvested extensively in late summer for food- an intensive process of paddling or poling canoes out to the rice beds, bending the stalks over the boat with one stick, and tapping the stalks with another, causing rice to fall into the canoe.  It seems simple, but it is laborious, and takes a lot of practice.  It is not too efficient- people have developed much more effective ways of harvesting rice mechanically.  However, the traditional way of harvest allows some of the rice to fall back into the water to reseed the beds, ensuring that wild rice crops will be sustained in the future.  People were aware of this, and knew that they were helping to feed future generations.  Too much efficiency is not always good.
After harvest, the rice was parched over a fire, trampled to remove husks, and winnowed by throwing it into the air, allowing husks to blow away.  It was then stored and used as food throughout the winter, to supplement wild game and fish.  The quality and abundance of the harvest determined how difficult winter would be for the people.  Today, wild rice is still a sacred and important food to the Ojibwe, and is also sold by some to supplement their income.  Fortunately, some of that rice is harvested for seed, some of which was purchased for restoration purposes last year.
Working with Dr. Titus Seilheimer of UW SeaGrant, we are trying to restore wild rice to the marsh at Woodland Dunes, now primarily dominated by cattails.  The high water the last few years has drowned some of the cattails, leaving areas of shallow water in the marsh adjacent to the nature center on the West Twin River.  Last fall Titus and I took wild rice seed he obtained from Minnesota, and brought it out by canoe to the river in November, on one of the last warm days.  The rice was soaked in water, and was simply tossed out over a variety of sites with shallow water over several acres.  We only had about 20 pounds of rice I believe, so we spread it on several small areas.  The rice then needs months of cold under water before germination is possible.
This spring, Dr. Seilheimer visited the West Twin with restoration folks from UW- Green Bay, who are working on an extensive project on the Bay itself.  Wonderfully, they found that some of the rice we planted had indeed germinated and had grown to the surface.  At this stage the plants lay flat at the surface of the water, what is called the floating stage of development.  I visited the site this week by boat, and I found plants that had now emerged from the water and had grown 8 inches or so above the surface.  It was a sight I had only dreamed of seeing in my lifetime.  This fall, we will do more planting- it often takes five years or so to really get beds established.  The rice will not be harvested by humans- what the ducks don’t eat will fall to the bottom to re-seed next year’s crop and supplement our work.
Wild rice is not only an important wildlife food source, it is important culturally to this area.  Having the opportunity to bring it back to our property is a gift that we great appreciate.  We hope that someday there will be acres of this important plant on our property, and along the nearby Twins.
photo- northern wild rice plants from Wikipedia