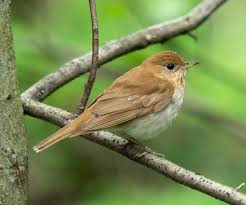 In the past, I’ve talked about how our bodies are in fact ecosystems, inhabited by all sorts of other species, mostly microscopic, in addition to our own cells.  Some find the idea to be disgusting, but its the way it is- we are constantly interacting with other organisms around, and in us.  Usually it’s not a problem, in fact many are beneficial to us.  Recently, however, I’ve been occupied by a virus that shall not be named (thinking of Harry Potter), but that you all know.  As I do not wish to share this with my lovely wife, I am at present in the dog house- literally, the dog and I are living in our pop-up camper in the back yard.
I love camping.  What I enjoy most is being immersed in nature 24 hours a day.  Even if I’m not feeling well, nature is endlessly fascinating.  And I am reminded that even in my back yard, there is more to nature than I realize on a normal day.
I’m used to seeing what goes on during the day- birds at the feeder, squirrels, butterflies on the flowers, the sounds of grasshoppers, etc.  But it’s easy to forget what happens at night until you experience it again.
First, I am fortunate that I live in the country and have just a few neighbors nearby and lots of wild land around.  And the Manitowoc River is nearby.  A good place for wildlife and opportunities to experience it.  As I settle in at dusk, I hear little peeps from high in the sky- migrating songbirds starting their nightly journey south.  Unlike their territorial songs in spring and summer, or even their usual call notes, all these birds sound the same to me- simply uttering peeps as they fly.  I know there are many birds up there, flying at night when the winds are calm.  One night a couple of weeks ago it was estimated that 48 million passed over Wisconsin.  I am not aware of that many, but I hear a bird every few seconds flying over.  At about 6 am they begin to descend to rest and feed.  I listened to one bird peeping from high up, gradually coming down to the bushes next to me.  Then it began calling the typical notes of a veery.  I wonder from how far north it came- Michigan, Canada?  I admire their amazing abilities.
Every night we hear owls around our house.  Screech owls, and great horned owls.  Never at the same time- I assumed that the little screech were wary of the great horneds, as the larger owls prey on the smaller.  However, on one night I first heard an unidentified bird, which then changed its call to a great horned (I assume it was young).  That was joined by a second great horned in the same place.  Then I heard first one, then two screech owls calling, moving around.  Eventually they came to the area where the great horneds were, and all four owls were calling at the same time.  I don’t think the large owls paid any attention, and after a while the screech owls moved off.
A bit later that night, a train came into town, and as soon as it’s horn sounded a pack of coyotes responded with a variety of yips and howls.  While many people are coyote-haters, I will never be.  I enjoy hearing and seeing them, and understand that they are important parts of our ecosystems.  I also admire their ability to survive in the face of constant hunting.  I consider myself lucky to hear them, and enjoy sharing the land with them.

As dawn comes the usual birds return to the feeders, and the world appears ‘normal’ again.  Maybe I was not lucky in my illness, but as a result have been blessed with experiencing wildlife again in a different way.