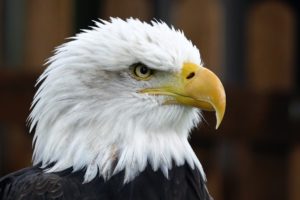 The onset of autumn is both sobering and joyful. Although the change in season reminds us of challenging times to come, the delight of cool weather energizes us and, for me, makes being outdoors more enjoyable. Rather than tolerating heat, humidity, and mosquitoes, we again become aware of the beautiful things around us as we work or recreate outdoors. Sometimes I think I am perhaps too aware, as I am perhaps the slowest walker in the group, wanting to look at all the birds, plants, fungi etc. around me. I often don’t know what they are, but their infinite forms are fascinating.
Fall also sounds different than other seasons. Instead of prominent mating calls of birds of spring and summer, now there are subtle songs and call notes as migrants scour the bushes for berries and bugs. Tiny peeps of golden-crowned kinglets in constant motion in the bushes. Swainson’s thrushes, unseen in the foliage, but uttering their “Quick, Quick” call notes.  Constant “Tato chip” notes from goldfinches.  “Yank, Yank” from the red-breasted nuthatches. Almost continuous honks from Canada geese as they either migrate or move back and forth from farm fields to the Lake. The last crickets and grasshoppers, chirping and rasping, unless it’s too cold to do so.  Outside we are bathed in these soothing sounds, which compliment the beautiful colors soon to come.
Where I live, aside from night migrating birds, the first calls I hear in the morning, sometimes before dawn, are the chirps of a bald eagle.  The same is true in the evening- an eagle calls late each day, often after dark.  A pair nests nearby, and I am very fortunate to see them daily.  There is also an eagle nest near Woodland Dunes, so it’s not unusual to see them there also. They often perch with a view of rivers or the Lake, watching for signs of fish and other prey.
Since the 1960’s when their population was decimated by DDT in the environment, the removal of that chemical from use has allowed eagles and other raptors to restore their population. This year, for the first time in many years, bald eagle nests were found in every county in Wisconsin. There are several in Manitowoc County. Habitat is suitable for them here- lots of water with fish, road-killed animals to scavenge, some large trees in which to nest.  There are limits, however- lots of people so the possibility of nest disturbance, disturbed land not suitable for them, road traffic, etc.  However, things are good enough for some nesting to take place.
This year, however, there was another factor- avian influenza.  While we don’t see the flu as a major threat, to wild animals without access to modern medicine, a virus like that can be deadly and often is.  Bald eagles don’t flock for most of the year so don’t transmit disease like some birds do, but they can pick up things like influenza from infected animals they consume.  Avian influenza took a heavy toll on some water birds like terns, shorebirds, and waterfowl. As those birds weakened, they were more easily taken by raptors such as eagles, who during nesting season bring food items back to their young. Although the adults might survive influenza, young birds may be more susceptible. As a result, many eagle nests failed this year, according to observers who monitor eagle nests each year. I help monitor a couple of eagle nests in the county, and it appeared that both failed, meaning the young did not survive.  In the case of the nest near my home, it appeared that eggs were laid, young hatched and were being fed, but after a few weeks the adults stopped feeding and the young were no longer seen in the nest.  Adults still hung around the nest, usually perched on a nearby branch, but they just sat looking toward the nest and I imagine its grim contents. It was a heartbreaking scene. As a parent, it was hard to imagine how that felt to those birds.
However, life is hard, and eagles seem to know that.  They live a long time and raise many young, few of which survive to become parents themselves.  The eagles at the nests I watch continue to be there, soaring, fishing, calling each day as the seasons change, and I anticipate come February they will give it another try, hopefully in the absence of so much disease. It would be good to see young eagles again as next summer progresses. I don’t know if eagles are hopeful, or if their behaviors are just programmed by instinct. But I choose to be hopeful, and I look forward to watching my eagle neighbors as the seasons change.
photo: adult Bald eagle