There’s something about nearing the end of the year that lends one toward nostalgia.  Each year that passes has it’s own unique flavor.  In our case, we’ve reached another milestone of sorts, and a little celebrating is in order. 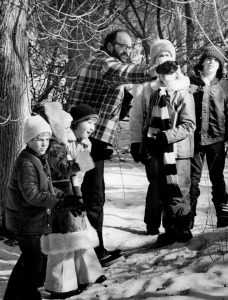 About 50 years ago, Bernie Brouchoud began banding birds in the area that is now the Woodland Dunes preserve.  The reason was to study the migratory movements of the birds, and to find out how long they live.   He was impressed by the sheer numbers of both songbirds and raptors that used the area, and the number of different species.  He recruited others to help with the research, and they too were drawn to the place.

Ten years later, in 1974, a series of meetings began to implement a plan to purchase and preserve land in this special place and to begin an environmental education program using the preserve’s resources to teach.  At that time, there were few nature centers in Wisconsin, and much of the preserved land was under State ownership.  A private, non-profit community nature center was a concept that was a little outside the box, so to speak.  Just as with the bird banders, Bernie recruited some talented people to help form an organization- people like his wife Lyn,  Jim and Amy Steffen, John and Cindy Meyer, John Woodcock, Winnie Smith, Helen Dicke, Dick Burger, Ed Schnell, Jim Baumgart, Sister Julia Van Denack, Joe Muench, Bob and Kay Levin, Mike Sibilisky of the Hearld Times, and many others.  Early names included the Woodland Dunes Wildlife Study Area, and the group became the Woodland Dunes preservation committee, and later Woodland Dunes Executive Committee and Woodland Dunes Board of Trustees.  Another local organization, Conservation Education, Inc., was also involved and had a Woodland Dunes Bird Banding Committee.

The early groups had an incredible array of ambitious projects under development, even though for several years meetings were held at private residences as the nature center had no buildings of it’s own, with the possible exception of a bird banding shed.  In the next year or two with the help of local school children who collected aluminum cans for recycling, the first parcels of land were purchased.  Woodland Dunes became a division of Natural Areas Preservation, Inc., which was headed by Gordon Bubolz.   Volunteers also went out to advocate for the continued development of the wildlife preserve and it’s programs, and to provide talks in the community about a wide range of subjects.  Trails were immediately built and opened to the public,  and volunteer naturalists led hikes and conducted workshops. 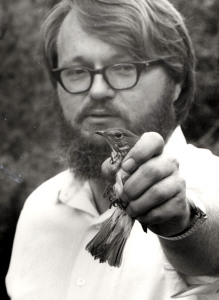 John Woodcock became the first naturalist hired by Woodland Dunes, and Bernie Brouchoud it’s first president.  Bernie and Jim Steffen continued to band birds, thousands of them each year in the early days.  In fact, one of the stated expectations for the organization was that 25,000 birds per year be banded, a goal that is achievable, but not easily (we’ve banded about 35,000 birds since banding started here).

School groups began to visit for field trips, led by trained volunteers and our first staff naturalists.  Each year between two and three thousand students have visited, more than 100,000 children in all.

In 1977 the Rahmlow farm on CTH D (now STH 310) was purchased and remodeled into an interpretive center.  An addition was built in 1991.  In 1993 Woodland Dunes received it’s official designation as a 501 (c) (3) charitable, non-profit organization, no longer a division of Natural Areas Preservation.  The Dorothy Star Butterfly Garden and Little Wings Nature Play area, as well as a pavilion and observation tower overlooking the marsh, have been added since then.  Cattail Trail, a boardwalk out into the marsh, was built and continues to be our most frequently used trail.

What started in a few people’s homes in 1974 has continued and developed into a nature preserve of more than 1,300 acres of what is now considered globally significant wildlife habitat, recognized as an important migratory stopover area for birds, and a wetland gem.  We linked with the amazing Ice Age Trail.  More than those, both the organization and the ecosystem it protects are infused within the community, with miles of trails within our cities that are freely open to all.  They are there for the smallest creatures, and the smallest children to explore with their parents and grandparents.  We believe such places are vital to the welfare of both, and encourage the realization that we all need to care for each other, both human and wild.

So Happy Birthday to all who’ve helped to build and sustain the Woodland Dunes dream.  Please join us at our birthday party on November 15 at the Holiday Inn, where we’ll officially celebrate the milestone in our history!