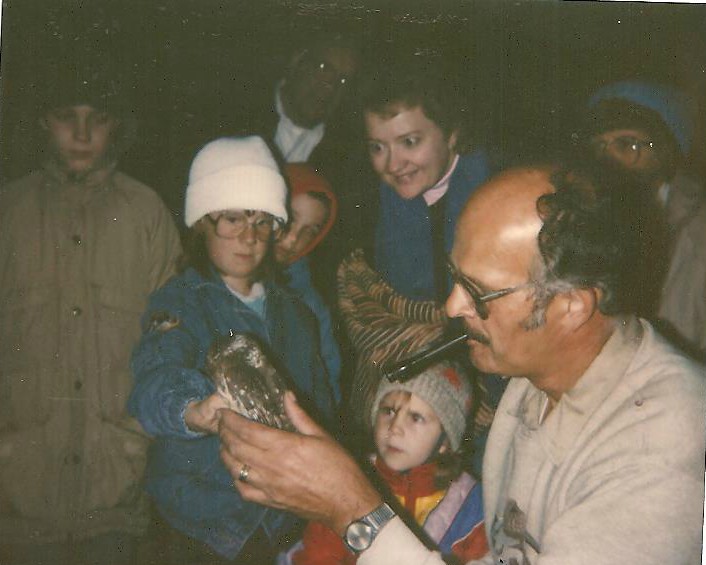 This is the time of year that birdwatchers long for.  Right now millions of migrant birds of all kinds are returning to and passing through the area.  As I write, orioles are gulping orange pulp and grape jelly while warblers are singing in the trees. The trees, themselves, are getting ready to blossom.  Despite the hardship of winter, and just three weeks after a blizzard, new life presses on and washes over the land.

It was in this season more than 80 years ago, that Bernie Brouchoud was born.  Bernie was the founder of Woodland Dunes and was the most curious person I’ve ever known. He spent countless hours of his boyhood in Mishicot and Two Rivers exploring the woods.  He taught himself about birds and wildflowers and grew to know them in extraordinary ways.  He befriended local naturalist and bird bander, Winnie Smith of Two Creeks, who wrote this column years ago, and he later attended the University of Wisconsin to study more formally.

Bernie lived an unconventional life, and although his early passion was for natural history, jobs in the field were not easily found.  Bernie always kept nature in his life, however. He was a Fuller Brush salesman, which allowed him to be out on the road where he could keep track of birds.  He ran a gas station that had a bird banding station in the backyard.  He managed a produce department of an A & P grocery store, yet found time to band birds before or after work.

More than 50 years ago he recognized the importance of the big woods between Manitowoc and Two Rivers. This area was full of birds and he banded tens of thousands of them there. He also worked with groups of students in the process.  Bernie talked with others and assembled a group focused on preserving what is now Woodland Dunes. He orchestrated the first land purchase by the non-profit in 1975.  Bernie was the first President of Woodland Dunes Board of Directors, and for more than 30 years, its Executive Director. He received many awards for his work in conservation, including those from the Isaac Walton League, the Wisconsin Society for Ornithology, and the Manitowoc County Conservation Hall of Fame.  But his greatest accomplishment – his wonderful and loving family. 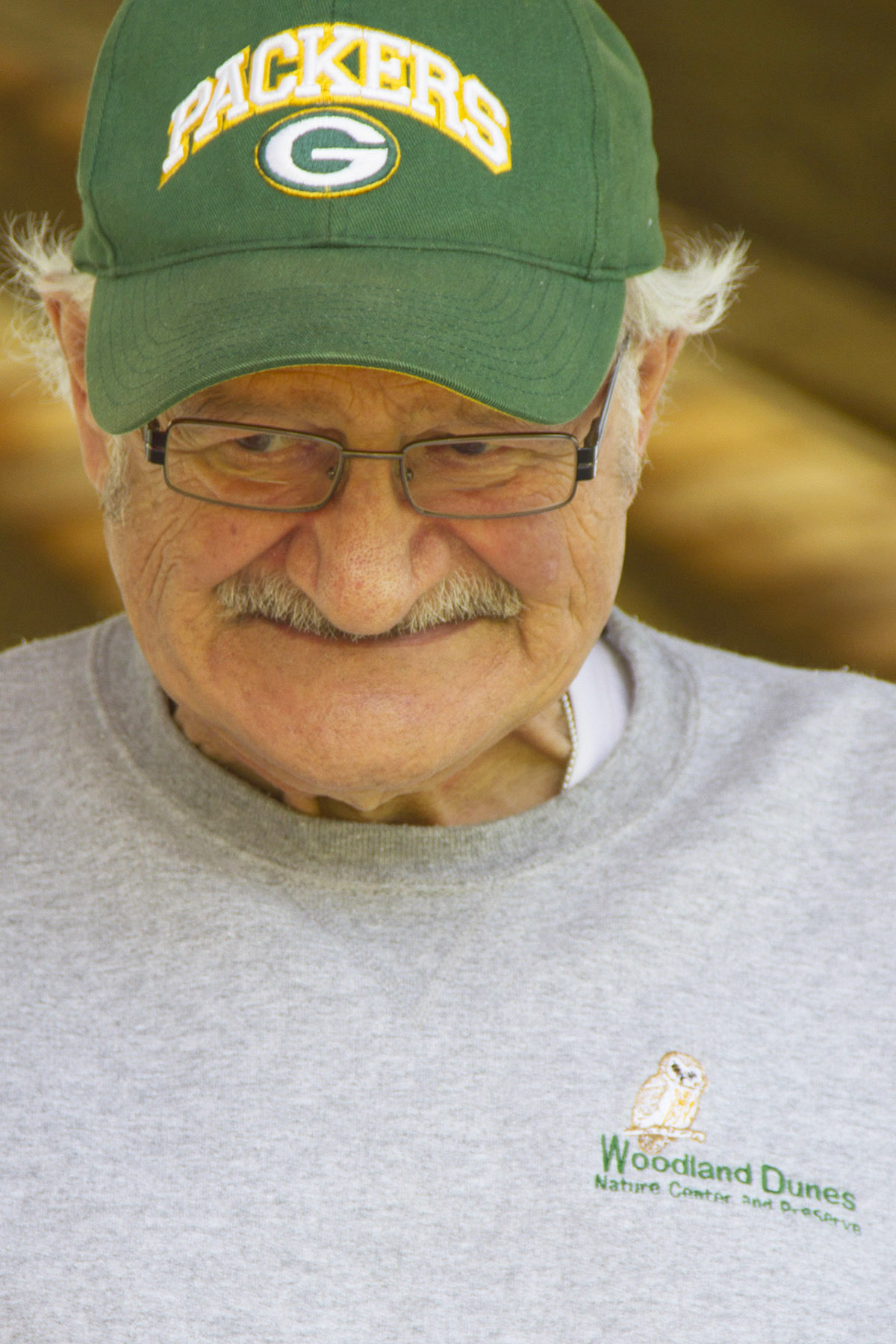 Wanting to learn about bird banding, I first visited the newly created Woodland Dunes in 1975 as a high school student. In the 1980’s, I found a pelican in the West Twin River and decided to stop in the little nature center to find out if they were common. This was the first time I really talked with Bernie one-on-one.  He convinced me that I should put my conservation degree to work and become a volunteer. A few years later I would join him on the staff, part-time. I’m glad he gave me the nudge.

Bernie retired from his Executive Director position in 2004, but remained active in the organization for the rest of his life.

From the first 40-acre parcel of woods purchased in 1975, the nature preserve has continued to grow to the 1,500 acres it is today.  Each year, thousands of school children come to learn and thousands of people visit to enjoy the preserve and its trails.  While Bernie worked single-handedly for a long time, the demands of our education programs and land management have grown to needing six staff people.

Bernie Brouchoud passed away last week.  A man with a great legacy has left a large gap in our community, and there would be no Woodland Dunes without him. Although he is no longer with us in the physical sense, his presence will always be felt and he’ll be remembered.  It’s almost a gift of nature that he passed during this special time of year. It’s as if his spirit was lifted by the beautiful birds he loved so much and carried tenderly on their journey in the sky.