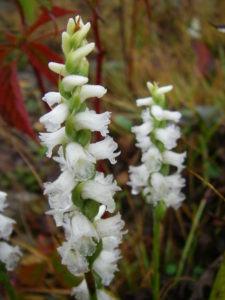 Beautiful flowers that are often given for gifts on Mother’s Day or other special events of spring, can actually be found right in your backyard. With the right habitat and care, orchids are native to Wisconsin with about 18 different genera with 40 species. Some species include the pink and yellow lady’s slippers, moccasin flower, and autumn coral root. The type of orchid that grows depends on the soil moisture, pH content, sunlight, and many other soil properties. Unfortunately, many of the native orchids in Wisconsin are rare because of loss of their habitat.

Habitat disturbance leads to the loss of orchids, especially major disturbances caused by humans due to construction, destructive erosion, burning, draining, etc. But sometimes when one species of orchid is negatively affected in a certain habitat, another species of orchid will come in and take its place. Animal actions can also cause disturbances for native orchids. Some of these disturbances can be positive. When deer and other wild animals come across a field they can just about clear it of vegetation. This will allow orchids to thrive in an area where they could not normally compete. But it is also known that deer like to eat orchids, as they eat just about every native plant in the state.

Recently, Melissa Curran, a botanist from Stantec, gave a presentation at Woodland Dunes about an orchid restoration project going on at the Ridges Sanctuary in Door County. Volunteers and workers have been reintroducing 25 rare orchid species into the sanctuary in the past and are continuing the work this year. Although this is a complicated project, as orchids are very particular and their seeds are extremely small, it will hopefully bring up the orchid numbers in Wisconsin. Some of the species the Ridges Sanctuary hopes to restore includes the grass pink orchid, the ram’s-head lady’s slipper, and showy lady’s slipper.