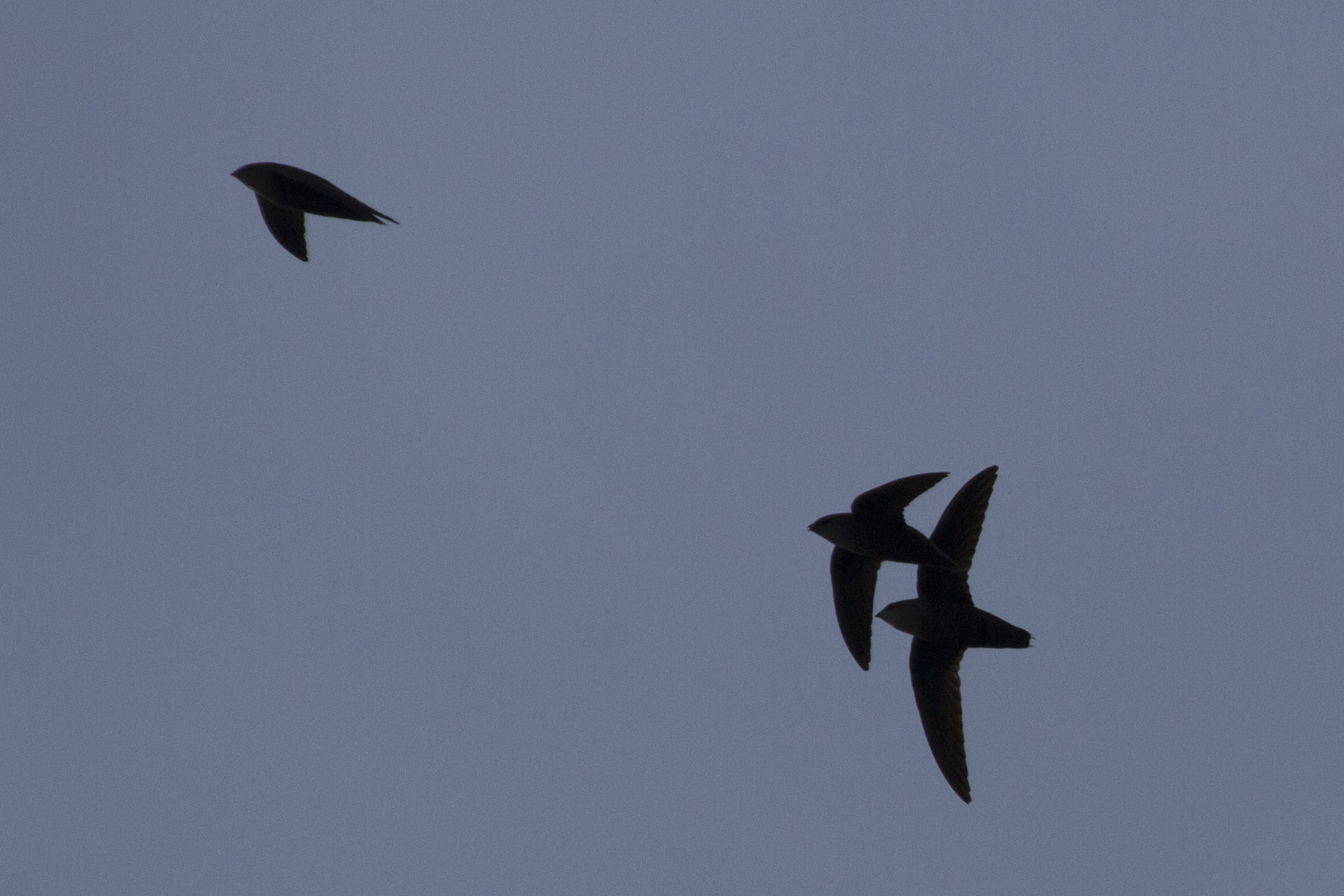 I’ve been thinking about space exploration lately. I have no desire to visit the moon, nor be the first human to orbit Pluto, the off- again /on – again planet. No, it’s that recently I learned of a new type of space exploration called, “aero-ecology.” This is the study of the earth’s lower atmosphere as living space for billions of animals and how we as humans are influencing it.

I’m turned on to this topic because I’m a bird lover. I love watching and listening to birds, identifying birds, photographing birds, and sometimes even wearing bird-print clothing. I think the bird I’m most fascinated with is the Chimney swift, which nests and roosts in chimneys during the months when we’re not using them. Swifts belong to a group of birds called “aerial insectivores.”

Science-y stuff: For reasons that haven’t yet been pinpointed exactly, aerial insectivores, including my bird-crush Chimney swift, are experiencing population declines. By looking at what’s happening in the aerosphere, habitat where innumerable insects thrive, we may be able to find the answers we need to turn this downward trend around.

Unfortunately, aerosphere organisms are being impacted by an increase in human-related factors: skyscrapers, aircraft, air pollution, radio & television towers, communication towers and wind turbines. Climate change and differing weather patterns have also had and are predicted to have continuing influence on the dispersal, foraging and migratory behavior of our beneficial insects, birds and bats.

It’s disturbing to think of the numerous “space mines” that my beloved Swift encounters in order to be a chittery, chattering, and entertaining wonder of the skies.

Poet, Emily Dickinson wrote, “Hope is the thing with feathers…” and I firmly believe that collectively we can make some good things happen for both our insects and insectivores. Woodland Dunes is helping by putting native plants in creek restoration areas, such as Forget-Me-Not Creek. Native plants host great amounts and varieties of insects, which in turn feed our aerial insectivores. You can do the same thing if you have creeks or ponds on your property. You can also create a friendly “pollinator island” in your yard with native plants that will help increase the biodiversity in your own little aerosphere.

Each spring Chimney swifts nest in our Nature Center chimney. It’s my goal to keep it that way. Listening to their chatter as they nest build, seeing them in “chase” during courtship, watching them dive into the chimney at night, and hearing the young food-beg is what makes their world so magical and my spirit so rich with awe.

Please learn more about aero-ecology. Support the concept. There are always feathers of hope as long as we believe in them, and act with invested hearts.