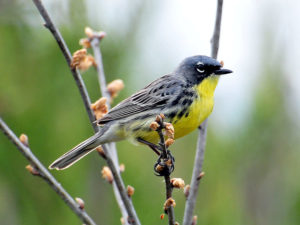 As the season advances toward fall, our weather is more comfortable, even though we still experience the occasional rainy day.  For many of us, it is our favorite time of year, and that opinion is largely based on the weather.  And if the weather doesn’t remind us of the change of season, the birds do.  Have you seen the thousands of nighthawks that have been migrating along the Lake these last several evenings?  Many of these are streaming southward from their nesting areas in Canada- unfortunately they don’t nest on rooftops here anymore.  Like us, they rely on the beautiful fall evenings for opportunities to migrate.
The same can’t be said for folks who are at the mercy of tropical weather systems, like hurricanes.  I have never experienced one personally, but I know people who have, and its an understandably terrifying experience.  These storms are generated by warm ocean water, and the warmest water is found during this time of year- late summer and fall.  The warming of the sun is cumulative, so its understandable that the warmest water occurs now.  Unfortunately, this time of year is when birds are migrating from the north, and some of them no doubt encounter habitats that are ravaged by these enormous storms.
Hurricanes affect wildlife in a number of ways.  Some birds may be “blown off course”- usually those are local birds such as waterfowl and seabirds which try to stay in the eye of a storm, where winds are lighter, and may end up traveling with the storm to new places.  For example, a brown pelican was found along the coast in Canada a few years ago, presumably dislocated by a storm.  Small birds have to “hunker down”- fortunately their feet are made to lock down on small branches and they do their best to ride storms out.  Woodpeckers and other cavity nesters take to their nesting holes in tree trunks. However, the effects of high winds and heavy rain, or inundation by either fresh or salt water can ruin many plants and kill trees, drastically reducing the quality of habitat for birds and other animals.  Storm surges and flooding can wash ground dwelling birds out to sea, and can be hard on waterfowl and turkeys.  The effects will pass over time, and plants will regrow.
The fact that hurricane Dorian happened to impact the Bahamas may have an effect on wildlife in Wisconsin, believe it or not.  In the last few years, a very rare and endangered bird, the Kirtland’s warbler, has been found nesting in the State.  The only other place it had previously nested was in Michigan, but some birds found a few stands of jack pine at several places in Wisconsin, and in Canada, and nested.  Having multiple nest sites increases the likelihood that a bird species will survive, so finding the Wisconsin birds was a big deal.  The jack pine habitats were carefully managed, and the birds were studied thoroughly- many were captured and banded so their movements could be tracked.  The same is being done for the birds in Michigan.   At their lowest, there were less than 200 birds seen in 1974.  In 2011, more than 1,800 birds were found, and 2,300 in 2018, and they are considered to be on their way to recovery.  Because there are so few, the locations of nesting places are kept secret to avoid disturbance to the birds.
It was known that Kirtland’s warblers migrate from the Great Lakes states to the south-east U.S.  A few years ago a banded bird was found during winter in the Bahamas, and we finally had a complete picture of their annual life histories.  These tiny birds, weighing just a few grams, launch themselves out and over the ocean to winter on a particular island in the Bahamas.  An island which has almost certainly been significantly damaged by Dorian.
How will this event affect the birds’ winter survival?  When they arrive in a few weeks, they will likely find a very different habitat than normal- one in which leaves have been torn from the trees and perhaps has been flooded for weeks.  They are insect-eating birds, and I wonder what the storm has done to local insect populations.  We have, however, seen that these birds, like other living things, work hard to survive.  As biologists have learned to manage their summer habitat up here, their numbers have increased in kind.  I hope that as their winter habitat recovers, that it will still provide what they need for the next few months and that they are able to return to nest again.  Kirtland’s nest on the ground and so are used to being there, and perhaps enough plantlife and the insects that use it exists so as to give the birds a source of food and cover.
People didn’t cause this problem for the birds, although warmer than normal ocean water may have made things worse.  And in light of the human suffering that resulted from this recent storm, the problems of small birds may seem unimportant.  We can, and already have, learned from the challenges faced by wildlife like the Kirtland’s warbler, and it gives us a better understanding of how our fellow creatures cope with incredible problems, and perhaps what we can do to help even from thousands of miles away.